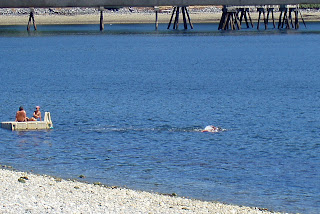 Immigrating to a new country means many changes & new experiences. I can’t imagine what it must be like for those who move half-way round the world. I may have moved a couple of thousand miles, but it is still the same hemisphere, the same language and many similar customs. 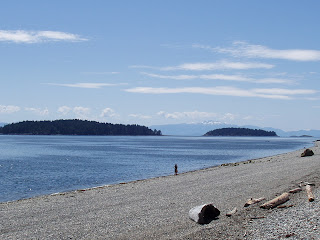 Today, I had errands in Sechelt, so I decided to make some time for me and enjoyed a quiet hour break on the beach. Unfortunately, my favourite Sechelt lunch stop was closed (Monday), so I chose the 2nd best thing and picked up sushi to go for a picnic on Sechelt beach. As you can see, I pretty much had the place to myself. The kids were out swimming and jumping off the pier. It may be summer, but it’s not warm enough for me to actually be in the ocean just yet. Such a nice time to sit and reflect. 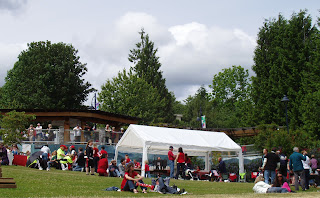 Canadians celebrate the nation’s birthday on July 1 – Canada Day. In fact, celebrations are very similar to American Independence Day events. Parades, honour to military & to country, bbq, concerts in the park, and a general day of outdoor fun. It’s just that Canada didn’t have a revolutionary war. Everything happened peacefully and orderly, so the emphasis on fireworks just isn’t there. Sure, some celebrations include them…but it isn’t the headline item like in the States. 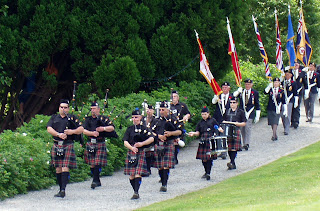 Canada Day is a birthday party…an opening to summer to be spent with family and friends. The first of many long relaxing weekends by the ocean, camping, or just entertaining on the deck.